Trying out the new pizza oven! 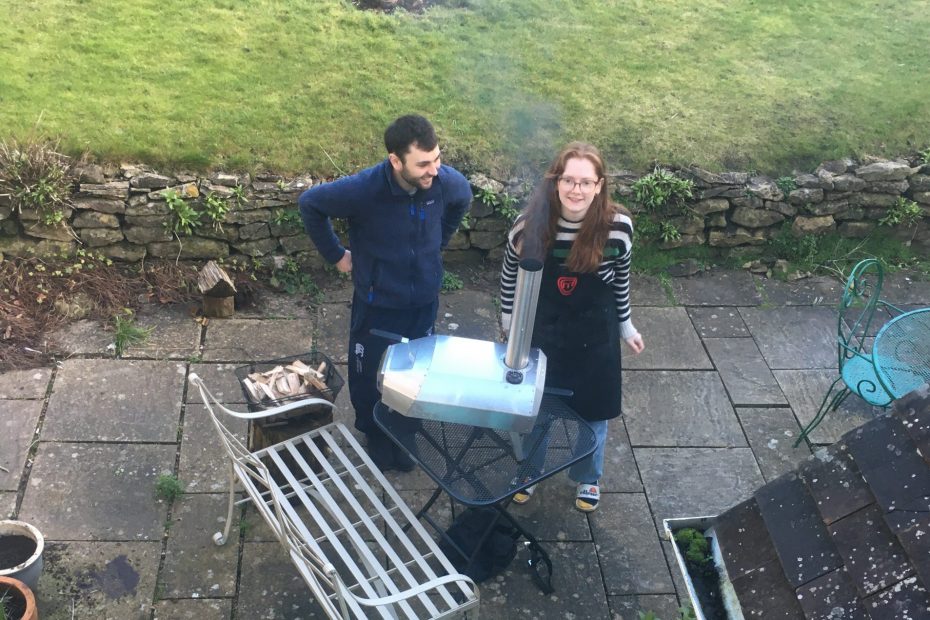 So, temporarily at least, we have a pizza oven in the house. We tried it out for the first time the other day, with some success! Jack and Laura made pizza dough, tomato sauce and bought toppings for us all the try out a better taint pizza.

I must admin that I was sceptical as to whether the oven would get to temperature using 15cm bits of kindling, but how wrong could I be? We put the thermometer from the wood burner on the side of the pizza oven and within 15 minutes of adding kindling one piece at a time, the thermometer was showing a temperature of 500C. Plenty hot enough to cook pizzas (in fact maybe a bit too hot!)

The small test pizza went in first and it some became clear that the oven was too hot as the pizza caught fire! It was quickly removed and we let the oven cool a little. We tried again, with some success and a delicious pizza was cooked within a minute. We moved on to the full size pizzas and the tip for next time is not to put them at the back of the oven because the back of the pizza cooks (or burns) to quickly. Get the pizza in the right place and you get the most delicious, freshly cooked, hot pizza. Highly recommended. Let’s hope Jack and Laura don’t have anywhere to keep it when the move out!